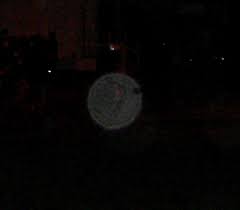 Orbs, one of those hotly contested supposed paranormal, occurrences.  Many in the paranormal field won’t even dain to talk about or consider them in any serious paranormal discussions.  Granted, many of the pictures we see of “orbs” are most likely bugs or dust flying in the air.  But what about the ones that can’t be explained away so easily? The experiences I’ve had with them were with my own eyes and they weren’t the typical white misty looking globes you so often see.

My daughter’s house is a very para-normally active place. Black orbs, are not commonly seen or talked about. I, personally, had never seen one until one day while sitting on her couch.  One of her smaller dogs walked between me and the coffee table and there, following behind, was a small, bouncing black orb.  It was clear as day and disappeared once it got past me.  All I could think was it had to be a ghost dog following a real one around the house! Shortly afterwards I saw it again, this time floating along the wall up near her ceiling.

As far as photography is concerned we’ve only captured a couple of light streaks around my granddaughter which you can see in the pictures below.  Whatever these are they go hand in hand with everything else happening in her home. 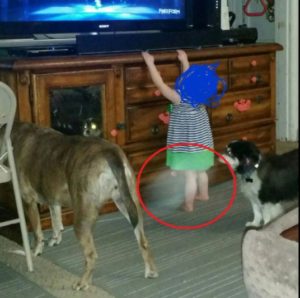 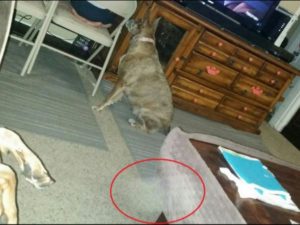 Note that the anamoly is in a different position from one picture to the next, as though it’s moving toward the camera.

Other articles about activity in my daughter’s house: