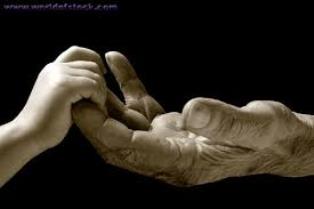 June, the Native American ghost in my daughter’s home has finally shown herself!  My daughter has a cabinet that she uses for storing all her blankets.  It has a glass door on the left and shelving on the right. It usually sits in the far left corner of the room facing toward the front door.  Next to it the wall juts out about a foot into the room on each side.  A small chimney appears to be there because a round hole, covered with drywall, can be seen high up toward the ceiling.

One day I noticed Aiden, my two year old grandson, acting rather peculiarly.  He was sitting on the floor with his head up against the glass door of this cabinet completely zoned out. I drew my daughter’s attention to him and she said he would often sit there like that.  Sometimes he would play just below it or quietly stare into the cabinet for long periods of time. She theorized that June might be there as she might have done when she was alive.  Possibly keeping warm by a small pot bellied stove of some kind. Whatever it was that attracted him, he appeared to be very comfortable being there and was obviously getting something out of it.

June also cared for Aiden.  One day while Aiden was taking a nap in their bedroom my daughter was watching TV.  She kept seeing a shadow, out of the corner of her eye, running back and forth across the doorway leading to the bedrooms and bath. After a bit she got up to see what was going on.  My daughter found Aiden wedged between the bed and the wall.  The sound of the television drowned out his cries. We believe it was June running frantically back and forth to get her attention.

I spend the night at their house often and one of those nights I had a dream.  I dreamed I’d heard Aiden in the living room in the middle of the night.  He was very small so I came out to see what he was doing.  I turned the corner and could see the cabinet.  There I found my little grandson, dressed only in a diaper.  He was holding onto the corner of the shelving unit with one hand while stretching across the cabinet and trying to grab something on the glass door.

In my dream I moved further into the room and in front of the cabinet and that’s when I saw her. It was June, sitting on an old wooden chair exactly where my daughter thought she would be.  June wore an oversized man’s denim shirt, a long skirt and her hair was covered with a man’s bandana.  The vision of her was so clear I could see brown scuff toed shoes peaking out from under her skirt.  She had her right hand extended toward Aiden, her thumb up against the glass. Aiden was trying to grab her thumb through the glass.  You could tell by the huge smile on her very round, very wrinkled face that she was delighted by what he was doing. In that moment I woke but the vision of her will be with me forever.

If you liked this check out this: https://spirithuntersintl.com/ghost-like-june/