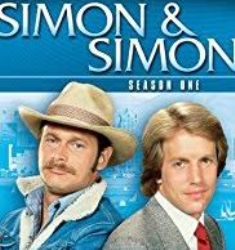 Spirits interacted with my daughter from a very early age.  I suspect she served as a lighthouse for them to gravitate to.  Many would call these entities her “imaginary friends”.

One such imaginary friend was Rick.  She told me Rick would come and have tea parties with her behind our living room couch.  When asked, my daughter described him as an older man with a mustache who would sit and drink tea with her.  Now to be fair I was into watching the Simon and Simon television show and she watched with me.  For those too young to know, it was two brothers who solved crimes.  The older brother had a mustache.  Is it possible she created her own Rick, maybe, but I’m more inclined, because of other experiences she had, to believe it was someone who looked like Rick.

Regardless, she would spend quite a lot of time, day after day, sitting behind the couch talking and laughing with her friend.  It got to the point her older brother came to me and asked if she was “okay”.  I assured him she was.  Finally Rick, too, drifted away much like the little boy and girl she used to play with in her bedroom at night.  But that’s another story….

If you liked that check this out: https://spirithuntersintl.com/sees-dead-people/