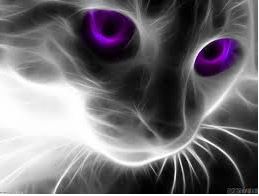 Was I familiar with animals ghosts before moving into my friend’s house?  No, not really.  Did I expect to experience animal ghosts when I moved into my friend’s house?  Not really.  In fact, I didn’t actually know her all that well when I moved in.  Sure, over the years, there had been a small amount of talk about spirits and such.  Certainly not enough talk to warn me ahead of time about what I was going to experience living with her.

Tiggy (Half Lhasa Apso and half long hair chihuahua) and I moved into the bedroom down the hall.  This room had been my roommate’s until she moved into one at the other end of the house. That evening we settled in for our first night in our new room.  I was warm and comfy on my air mattress with Tiggy contently curled up in the crux of my legs.  Almost immediately I started experiencing the sensation of rolling toward the edge of the bed.  This sensation happened several times during the night.  The next morning my roommate asked me how I slept.  I told her about my curious experiences.

“Oh, yeah,”  she said as she laughed, “I forgot to tell you Zena (her dog who had passed some time before I moved in) was so big and her legs were so bad, she couldn’t get up on the bed with me.  However, she had a huge head (Labrador) and she’d put it on the bed and press down to wake me so I would feed her.  She must have thought you were me.  I’ll have to let her know where I am.”   Oh…..okay.

Night two.  This time, while I’m trying to drift off to sleep, I feel something heavy drop down onto the bed in front of my thighs.  For some reason “thirty pounds” came into my head.  What the heck could this be, I wondered.  A dog?  A raccoon?  What???  Then, whatever this was, started walking back and forth in front of me.  It was at this point I figured out it moved like a cat, but a thirty pound cat??!

It suddenly stopped about mid lap and, to my utter surprise, it proceeded to put first one foot then the other up on my thigh!  First, I was completely amazed this was actually happening to me and second that I could so clearly feel it and how heavy it was!  Next came the realization of what it’s movements meant.   I could literally envision it peering over my legs to look at Tiggy behind me.  I held my breath and waited.

It wasn’t long before I felt it climb back down, walk slowly toward the end of the bed and around my feet.  Within seconds Tiggy shook her head violently and was suddenly sitting next to my face breathing rapidly.  I surmise the “cat” had touched her head or ears and freaked her out.  I waited for any other movement but it was gone.

The next morning my roommate once again asked how I slept.  When she heard she laughed.  That’s when she told me about her neighbor Karen’s Main Coon, Portland.  He, unfortunately passed a few years before, but when he was alive, he loved hanging with their dogs.  And guess what, you got it, he weighed about thirty pounds!

Night Three. Tiggy’s in her usual place and something yet again drops onto the bed in front of me.  This one was way smaller this time, even smaller than Tiggy.  However, this one had no interest whatsoever in Tiggy as it went right past her.  Instead it walked around and settled down behind me and proceeded to knead my lower back.  I laid there in amazement, the kneading became more and more aggressive as the minutes passed.  At some point the experience became too much for me and I yelled “Get!”  There was a streak of energy down my legs and it was gone.

The next morning my roommate asked what was becoming her routine question.  I told her about the tiny animal ghost masseuse.  She explained about her neighbor’s other cat, Sissy, who was a small, delicate seal point Siamese, a sweet little thing who, yes, loved to massage on people.  I have to admit there have been many times over the ensuing years I’ve felt bad about scaring little Sissy off.  Now, whenever I experience an animal spirit I pretty much let them do whatever it is that brings them joy.

For about a week the ghostly critters would come and go, often freaking Tiggy out of her wits.  Shortly thereafter, seeing how much Tiggy was being effected, Karen shut down the room and they never came and bothered either of us again.

A few years after this my granddaughter told me she could hear a ghost cat in the bedroom next door.  This didn’t surprise me but her dad said it had to be a cat in the neighborhood.  Since we had three dogs in the yard there were never any cats in it.  One day I was watching her and her cousin who was about three at the time.  My Granddaughter came racing out of that same bedroom and said,  “Gramma, Gramma!  Aiden just said “Kitty”!  He hears it too!” She was so happy to be validated!