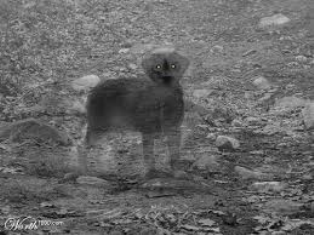 Whatever the reason, they are wonderful in life and as wonderful and miraculous afterwards!  We hope you enjoy our little snippets below:

Ally was an amazing dog, a mix of German Shepard and Bernese Mountain dog. She came to me after three other owners gave her up. Ally suffered from severe separation anxiety.  She would often work herself into a barking frenzy if she thought I was leaving. Calming her anxiety took several months.  I would repeatedly tell her her I was her forever Mommy.  I’d tell her I was coming back whenever I had to leave her.   With this and a large helping of love, she become a very mellow, confident, bright girl.

Her Playful Side Emerges

One of Ally’s favorite things to do was hang out in the yard.  She’d often sleep under one of the tall bushes playing hide and seek with me. You try finding a mostly black dog under a blackish leafed bush! She was a master at hiding, and would show her big doggy grin when I would finally find her. Such a character!!

Several years ago, I had to say goodbye to Ally, due to cancer. Many times after she passed, I would feel her push on the side of the bed, like she did when she was alive. It was a firm push, which she would do two or three times to get my attention in the morning when she wanted to eat or go outside. Just knowing that my ghost puppy was still visiting warmed my heart, as I have missed her greatly.

In 2016, I sold my home and moved to another town. On the last day of the move, I asked Ally to join me in the new home, letting her know she was always welcome to visit me. Several months later, much to my delight, I felt that all familiar firm push twice on the side of my bed. I knew immediately she was there with me. My sweet ghost puppy, Ally, was letting me know she had found me and was coming by for a long overdue visit.

One morning, I went into the bathroom for my morning constitution.  I had a habit of trying to stay as close to being asleep as possible so I could go back to bed and actually fall back to sleep.  This involved keeping my eyes closed as much as possible.  As I sat there doing my business, eyes closed, I felt Ally walk in, as was her habit now and then, and up to me at which point I started running my hand up and down her chest.  Suddenly my eyes flew open, the reason being Ally had passed a while before this.  I swore I could feel the fur on her chest!

Ally would also let me know she was there by the occasional bump of her nose against my feet when I’d hang them outside of my bedding.  I was always thrilled to have our Ally Girl come and visit.

Wait, Who’s Ghost Puppy Is This?

My roommate and I have three dogs. Her dog is a huge Lab/Dane mix, my dog is a short legged long haired Chihuahua and my daughter’s dog is a miniature Aussie. We’d all just woken up, I was still in my bed petting my daughter’s Aussie, my roommate was out in the living room.

I heard my dog come running into the room and around my bed and I thought, great I’m going to have to get up and bring her onto the bed because she can’t jump that high. At that same moment I hear my roommate out in the living room asking her dog why he isn’t going outside with my dog. Because my dog is so small she sometimes sneaks past us without us knowing and thinking this was the case I yell out, “Tiggy is in my bedroom!”   She yells back, “No she’s not, I’m looking at her outside!”  Wait, then who was this ghost puppy running around my bed???