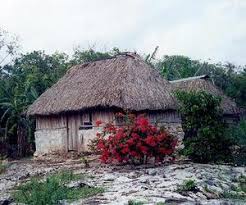 Met a couple staying at the same hotel in Puerto Vallarta, Mexico. One night all four of us went out to dinner and drinks. During the evening we started sharing stories of our visits to different locations. Our dinner guests, Sarah and John, shared a frightening experience they had in Baja Mexico.

Police officer in the States was looking to rent out his house in Baja.  Sarah and John contacted him. An agreement was reached regarding date and cost.  He, furthermore, told them if they liked the house, make him an offer. Sarah, a realtor, thought this a bit strange but shrugged it off.  The owner mailed them the key to the house and off they went to visit Baja.

Arriving at the house late in the evening, almost immediately noted how nice the house appeared.  A good cleaning would have been nice.  Stepping inside they felt uneasy, or rather an ominous feeling.  Looking at each other and knew what the other was thinking.  No hotels near by had vacancies, as a result, they were stuck spending the night. The start of a frightening experience.

Long day for both, therefore, around 10pm, lids were getting heavy.  After making up the bed, it was to get some sleep.  The uneasy feeling continued. Exhaustion overcame them, so soon they were fast asleep. Awakened with a start, sometime after midnight, when a painting fell off the fireplace mantel in the living room. John jumped up and looked all over the living room, the hallway and in all the other rooms and found nothing.  Understand the painting was leaning back at a decent angle, therefore, falling off was not easy. Was the house haunted or just settling?

They tried to go back to sleep due to being unnerved by the falling painting. Finally, both were able to return to sleep. Sometime around 2am, the bedroom door flew open with a house shaking bang. In addition, they could hear creaking noises in the hallway. Sounds like someone walking up and down the hallway. Again, John jumped up to have a look and found nothing.

By this time, neither was able to get back to sleep, so they just lay in bed, listening. For the remainder of the night there were sounds of movement in the house.  First of all they know some were due to the house being older.  Others sounds they could not rationalize away. Beyond old house noises were sounds of doors closing, footsteps, creaking up and down the hallway.  Furthermore, sounds of furniture being moved in the dining room happened all night long.  Finally, both realized the house was haunted.

By the first light of day, they got up.  Packed what little they had taken out of their suit cases, locked up and off they drove.  Arriving home, they mailed the key back to the owner and asked him to never contact them again.

Sarah and John sat back with drinks in their hands, looking at us, “worth putting on your website?  Heck yes, we love haunted house stories.