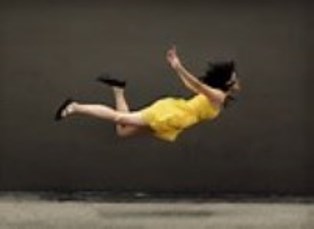 So, here’s another area of “paranormal” that is rarely talked about. I’m not exactly sure what to call it so I’m going to put this one under the astral projection or out of body experience category.   I had three distinct astral projection experiences while living at my friend’s house. Yeah, that one (see articles: “Dreams and Spirits”, “Ghost Kitties Galore”, “Alley Stopped By Today” and “Ghost Puppies”). However, this involved the spirits of living people, not anyone or animal that was deceased.

The first astral projection experience I had while living with my roommate happened with her dog, Ally, and my roommate. I was reading in my bedroom at the end of the hall when I distinctly heard my roommate come through the door and talk with Ally at the front door. So I popped up and looked down the hall way and saw Ally standing in the living room staring toward the front door. When I got to the end of the hall and looked my roommate was nowhere in sight. Several explanations ran through my head but the idea that she’d forgotten something in her car and had gone back out was at the top.

I went to the front door, opened it and looked out toward the driveway fully expecting to see her at her car. That’s when I discovered her car wasn’t there but I still knew I’d heard her so my mind went on to another possible scenario. Her car had broken down somewhere, she’d walked home and she was now in the garage looking for tools to work on it. So with that in mind I headed to the garage and opened the door. No roommate. Next I peeked into her bedroom. No roommate. I go out the backdoor into the back yard, no roommate.

So where is my roommate?

Now I’m completely perplexed so I sit down in the living room and that’s when I hear her car door close. A few moments later she comes in. At this point, I’m slightly irritated from not being able to find her.
“So where the hell did you go?” I asked.
She looks at me quizzically then says, “Oh don’t you I remember I had to go and look in on Shannon’s dogs while they’re out of town?”
“Yes, “ I said, “but that’s not what I’m talking about. I’m talking about when you came in earlier and then left.”

So where the Heck did she go?

“What do you mean when I came earlier and left? I’m, just now getting here!”
So after further discussion we came to the only possible explanation. The friend whose dogs she was caring for is the person she got Ally from. Ally was a Bernese mountain dog mix which is why her friend rescued her from the pound.  She served as a companion to her purebreds.

While my roommate was walking our friend’s six month old puppy, she noticed something about the puppy.  What she noticed caused her extreme concern for the puppies’ health. Add this to the fact the owners were thousands of miles away and they had already lost several other Bernese prior to this puppy. So, with this heavy on her mind and heart, we believe that Karen astral projected herself to Ally to check on her.  This explains why I heard Karen talking to her and why Ally was sitting there in the living room looking at the front door when I came out of my bedroom.

My second experience with astral projection involved me and my roommate.  The bathroom I used was on the opposite side of the wall from the dining room. On the dining room side were cabinets, upper and lower, with a counter area that served as our coffee/tea niche. The cabinets housed all kinds of entertainment paraphernalia such as table cloths, plastic ware, dishes, etc.

One morning, while in the bathroom, I heard my roommate rummaging through the cabinets on the other side of the wall. She was opening and closing drawers and doors and moving items around. l didn’t know or care what she was searching for but I just knew she was making coffee!  I could even smell the grounds. So when I headed out into the hallway I fully expected to find her in her robe sitting at the table waiting for the coffee to brew. What I found, instead, was darkness. No lights, no roommate, no coffee. This stunned me!  Apparently her spirit got up before she did.

The last experience involved my son who, along with my granddaughter, had come up to spend the weekend with us. They stayed in the room at the end of the hall next to mine. Though the next day was a Saturday, he had to work, so we were watching my granddaughter for the day.

He told me he’d be leaving at five o’clock am and thought he might be back within a few hours. Sure enough, I heard him leave at five then went back to sleep. It was around nine when I awoke to the sound of the front door opening.  This was followed by my son’s footsteps rushing down the hallway.  I knew it was him because of the swishing of his blue jeans as they rubbed together with each step. He stopped in front of the bedroom door where his daughter was still sleeping.  There was a silence in which I imagined him opening it slightly to check on her.  I then heard him rush back down the hallway and out the door.

His abrupt departure left me puzzled at first.  Then I thought, “oh, he must be going to get us donuts!” which he had done numerous times before.  Happy in the thought that donuts were sure to be on their way to us I got up and made coffee.  In the meantime my roommate came out and joined me.  I told her about hearing J come in and leave and my assumption that he should be back any minute with some nice fresh donuts. She sat down and we drank our coffee in anticipation.

Where the Heck is that kid and our donuts?!

Nine thirty went by, ten o’clock went by, ten thirty went by and we still didn’t have donuts to go with our coffee.  I rationalized that maybe he decided to go second handing since we were watching the granddaughter and there was no rush to return home. When he wasn’t there at eleven o’clock I became worried. Where the heck had he gone?

Around eleven fifteen he came to the door which I unlocked to let him in.  I looked at him and said, “Where the heck have you been? We’ve been waiting for you since nine o’clock!”  To which he replied, “What do you mean? I just got here!”   Confused, I said,  “What do you mean you just got here? You came in around nine and left again!”  No, he said, he just got off work and came straight back to our house.  That is when I remembered I had to unlock the front door to let him in which means he couldn’t have come in earlier. I chalk J’s out of body experience up to his concern for his daughter as he’s a wonderful, caring and protective daddy.

Check out this other article: https://spirithuntersintl.com/spirits-and-dreams/

One Reply to “Astral Projection ~ Hey, Where’s the Donuts?”