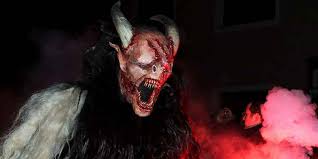 Should you believe in ghosts, gods and fairies?

Do you believe in ghosts?  Demons?  Angels?  Do any supernatural beings exist in your mind?  These are all good questions and hotly debated.  With all the paranormal shows on television today the number of people who believe in such things is growing.  Not that long ago, before TV shows legitimized paranormal sightings; most people would probably tell you absolutely, positively, NO!  However, that’s changing with the advent of recording and video equipment and places to post videos like YouTube, Facebook, etc.  Now more and more people are coming out as believers and, more importantly, admitters.

A Little History of the Supernatural

If supernatural beings exist what, exactly, defines “supernatural”?  It’s defined as “some force beyond scientific understanding or the laws of nature”.   Well that could include things like cancer and other rare diseases, bugs or animals we’ve never seen before.  Heck, the Bunblebee is beyond the laws of nature because it really shouldn’t be able to fly!  But let’s just stick with the ones most commonly known to fit this definition.

When Did This All Get Started?

This claim that supernatural beings eist has been talked and written about since time began.  Our current level of hunting, acknowledging, seeking and watching began sometime in the 1970’s.  Who doesn’t remember Ghost, Field of Dreams and Heart and Souls.  However, long before all that, it was being written about in books and plays and even the Bible.  Then with the advent of the camera, all manner of supernatural beings have been presented to the public as reality.

Who Are These Supernatural Beings?

The first, of course, to come to mind are ghosts or apparitions, haunts, wraiths, specters, phantoms, phantasms, shades etc.  Anything, really, that once lived and is now a spirit.  Mostly we hear about deceased people coming back to visit but there are as many stories of animals coming back to visit as their owners.  Under this category there are two general types of ghosts:  good and bad.  If you have a good one, count yourself lucky. They generally come to visit and dispense anything from love to advice and reassurance.   If you have a bad one, count yourself lucky for the experience but be sure to get rid of them, they are trouble.  Bad ones either lived bad to begin with or they’ve grown bitter after death, most likely because they feel cheated of life.  They like to cause problems for the living from maliciously moving things, turning off electrical items, slamming doors, etc. to draining you of your life force and pushing you downstairs.  If you have one of these in your house, don’t bother with whether or not you believe in them, find someone that can throw their butt out!   Here’s a Wiki you can check out:  https://en.wikipedia.org/wiki/Ghost

Second are the undead.  Not the Walking Dead, the undead.  These entities were never alive to begin with.  Those that fall into this category are demons, shadow people, vampires, werewolves and so forth.  Pretty much any and all horror film characters you can think of.  This isn’t the category of supernaturals beings exist that I want to believe in. One aspect they all seem to have in common is they can appear to be human but that’s to catch you off guard.  If you believe or even suspect you have an infestation by any of these, get help right away, their end purpose is to kill you.  Not something to mess around with.

Yep, that’s what I said.  Gods and Goddesses are, by definition, supernatural beings.  Some are good and some are so so and some are super benevolent. All are considered divine or sacred, even Satan.  All are basically invisible beings that may or may not present themselves, have a need for you to worship them and have lots and lots of rules to follow.   A sub category to Gods is other celestial beings which includes angels of which there are subcategories you can read about on your own.  Honestly, if you have an infestation of Gods in your home, you should just move.

These are small, often labled imaginary beings, in human form that have magical powers.  Fey Folk are also known as sprites, pixies, elves, imps, brownies, dwarves, banshees, hags and gnomes.  This category is the most fragile because it’s the least believed in.  The first mention of the fey was by the historian Gervase of Tilbury in the 13th century.  For more in-depth info on fey, check out this website:  https://en.wikipedia.org/wiki/Fairy

For more info on the Supernatural in General: https://en.wikipedia.org/wiki/Supernatural

Look at what else we have on this site: https://spirithuntersintl.com/ghost-puppies/