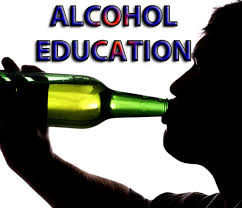 Alcohol Not Your Thing?

Our ancient ancestors were not much into the beverage scene from what archaeologists have been able to find.  Like a lot of historical data, there are levels of disagreement and conjecture among the pros on who’s right.

There are ancient carvings that suggest drinking was a part of their lives, but are too open to interpretation. Scholars do agree the advent of pottery may have changed everything.  It’s likely berries and other fruit left in the bottom would have fermented into alcohol, hence the party started!

Below is a loose time line history of how the infusion of alcoholic beverages happened in the lives of our ancestors.

100,000 years ago folk left fruit in containers for storage, over time this would have caused natural alcohol to form. Whether they knew to use it or not, no one knows.

30,000 BC cave paintings suggest shamans were active in their communities, which may point to the use of alcohol.  For drinking or other uses?

25,000 BC a carving named Venus of Laussel is found holding a horn.  Some say it’s a drinking horn or vessel, and others think it is something else.

13,000 BC pottery shows up in China, and we all know that someone had to use this for fruit and berry storage. If you ever store berries for very long, they ferment.  Just add a little rain water….you know where this is going.

Around 8,000 BC people had developed domesticated fruit, and were now working on domesticating rice and barley. Rice wine, honey and other fermented fruit refreshments also started showing up as a regular beverage of choice in China.

By 5,000 BC the party was rolling in Neolithic Greece.  Scholars were noting the large amount of wine being drank as a part of everyday life.

3,000 BC Beer appeared (as did the Beer Belly… my guess) in Mesopotamia, Assyria, and Anatolia.  This, along with wine, were drank in great quantities. In Egypt, they were brewing herbal beer…I am sure for strictly medicinal reasons…

Hmmm, Must Be Time for Church!

As time rolled on, more and more cultures developed their own unique form of adult beverages.  Moreover some were used in religious rituals, but most for the pleasure of its citizens.

In conclusion, today we enjoy a wide variety of refined forms of ancient alcohols, and a plethora of newer inventions.